Celebrating God’s love for all peoples and the fullness of creation . . . . Grateful for the generous life, death and resurrection of Jesus . . . Energized by the gifts of God’s Spirit . . . Sisters of Charity of the Immaculate Conception profess and uniquely express vowed commitment for the sake of the common good and the flourishing of creation. 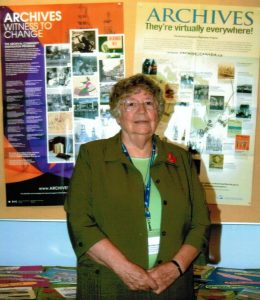 Sister Monica Plante, scic was born in Regina, SK. She graduated from Sacred Heart Academy and worked for a year in an office at Simpson-Sears, before receiving her teacher’s certificate from Moose Jaw Teachers’ College.

After a second term in Peru and a sabbatical in Arnprior, Ontario, she began Parish Ministry in Fort Saskatchewan, Alberta; Lower Post BC/Watson Lake, Yukon and in Merritt, BC until June 2000.

When Sister Monica was appointed Archivist in 2000, she moved to Vancouver. She gathered experience and information from volunteering at the Vancouver Diocesan Archives and from the Sisters of St. Ann in Victoria, BC, and attended her first CAG-O Conference in Niagara Falls in 2000. She arrived in Saint John in 2001 as assistant archivist to Sister Marion Murray.

As Archivist, her giftedness in historical research, writing and display work were called upon for many celebrations. She made significant contributions to the 150th and 165th SCIC Anniversaries and the 50th Anniversary in Peru. Monica retired from the SCIC Archives in 2020.

Sr. Monica says of herself in the words of St. Vincent de Paul, “I am neither for this place or that but for any place God wishes to send me.” Amen! 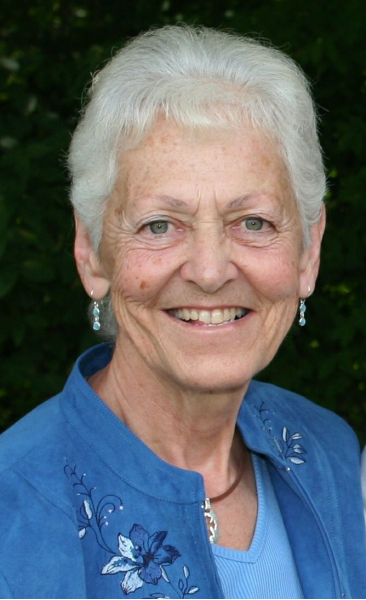 Sister Rita Coumont, SCIC returned to Canada in mid-2017 after living and ministering among peoples of Peru since 1970.  She was the last Sister of Charity, I.C. to leave Peru, completing 50 years of SCIC presence and ministry among peoples there.  Here is a link to an article by Kristen Blacksher with the Sisters of Charity Federation based on an interview with Sister Rita and dated March 26, 2018: www.sistersofcharityfederation.org

High in the western Canadian Arctic, Sister Fay Trombley has been a pastoral leader among Inuvialuit indigenous people since November 2005.  A theologian and church historian, she is spending her “retirement” serving in Tuktoyaktuk, Northwest Territories at Our Lady of Grace mission.  On the shores of the Arctic Ocean, the community affectionately known as “Tuk” witnesses midnight sun in summer and Northern Lights in winter. For an in-depth article with photos about Sister Fay’s ministry among the people of Tuktoyaktuk, please go to the link below. The article first appeared Nov. 10, 2014 in Global Sisters Report online and was later printed in the Feb. 13-26, 2015 edition of the National Catholic Reporter newspaper: http://globalsistersreport.org/ministry/ministry-top-world-14526